Heart failure is the development of abnormal cardia function characterized by the heart's failure to pump blood adequately. Patients commonly seek care as a result of sudden shortness of breath, particularly after lying down to sleep (orthopnea), and excessive fatigue. Heart failure incidence and prevalence increases strikingly with age, making it the most common reason for hospitalization among older adults. To a large extent, heart failure is a geriatric syndrome similar to dementia, falls and frailty. Rehospitalization and mortality rates remain high despite improvements in outcomes for older adults with heart failure.

As of 2017, heart failure affected an estimated 6.5 million Americans 20 years of age and older, according to the American Heart Association. In spite of a decrease in incidence from 2000-2012, heart failure deaths are currently on the rise again, according to 2012-2014 data released by the Centers for Disease Control and Prevention. In the United States, approximately 309,000 deaths are attributable to heart failure and 960,000 new diagnosis are made each year. U.S. heart failure costs exceeds $30 billion in 2013 and are projected to increase upwards of $69.8 by 2030.

This education program is geared to members of interdisciplinary health care teams working in a primary care setting, including:

After successful completion of this activity, learners will be able to: 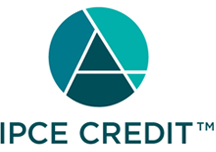 This activity was planned by and for the healthcare team, and learners will receive 1.5 Interprofessional Continuing Education (IPCE) credit for learning and change.

This educational activity is approved for: 1.5 AMA PRA Category 1 CreditTM and ACPE.

This educational activity is approved for 1.5 nursing contact hours.*

The assigned universal program number: JA0004597-0000-22-003-H04-P. Upon successful completion of this program (attending the full session and completing a program evaluation), participants will access CPE Monitor on the ACPE website to locate and track their CPE statement of credit.

* Please note – You must attend the entire program to be eligible for total number of contact hours.

Please login or register to take this course.

We recommend using either Google Chrome or Mozilla Firefox as your browser for the optimal experience with the NCQA Education learning management system.